This semester I have had the privilege of studying with Dr. Elisabeth Däumer from the Department of English Language and Literature. The course finished now, and despite the Quarantine and finishing the course in lockdown, Winter 2020 was a wonderful semester, in terms of our course: Literature in the Age of the Anthropocene. My eco-criticism final project for the Course is a paper entitled “Luna Lake: EcoCriticism, History and Land Use in Ypsilanti.” There is also a conjoined hypermedia notebook in the hopper. Meet me at the River is a multi-modal creative investigation of the Huron River and my study of it over time. 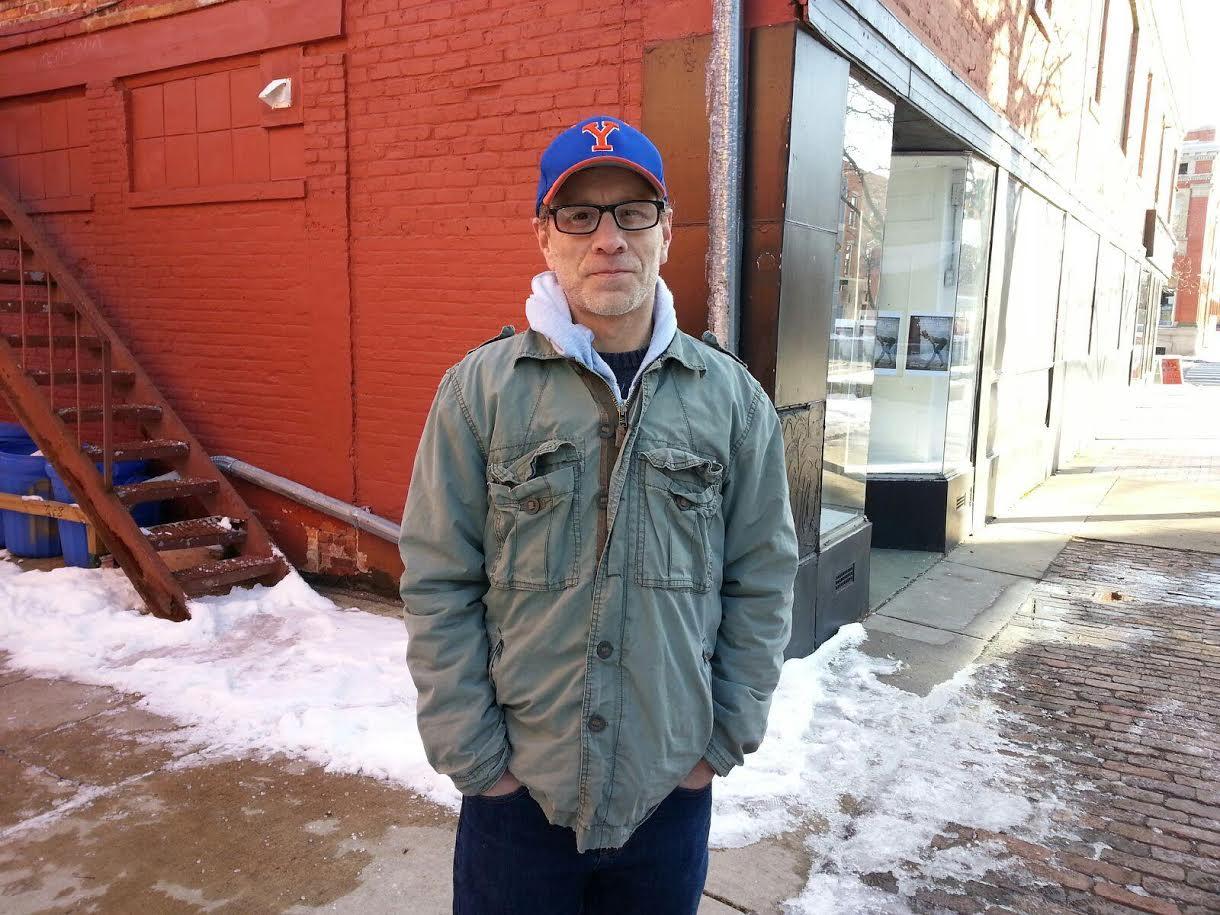 I have the pleasure of speaking with Matt Seigfried who is a self-employed historian. According to his website, Matt is a historian, writer and researcher originally from Cincinnati, Ohio who has lived in Michigan since 1996. A graduate of Eastern Michigan University with degrees in History and Historic Preservation, much of his work has been on connecting local history to broad historical moments.

Matt’s Master’s Thesis Project resulted in the publication of an impactful website. This site centers around the cultural and sociological histories of African-American Families in Ypsilanti around 1900. Matt and I spoke about the gaps in what history has been preserved in terms of land use, ethics, and social and cultural norms and practices of African-American families. Matt stated:

“If the information wasn’t collected 150 years ago, it’s not (going to be) available now…When we look at history, there is an absolute necessity to use an informed imagination.”

When I explained a bit about my project, and that several of the components in my hyper-media e-book, Meet Me at the River, are inspired by a somatic sensing of place, I wanted to get a professional impression of my research process.

As a Somatics practitioner, I have found that this work infuses everything. A somatic sensing of place allows one to collect distinct impressions of place through one’s sensory apparatus, energetic attunement, and intuitive creative visioning. I call this process of somatic attunement “Deep Time Listening.”

Due to there being significant missing pieces in Ypsilanti’s social and cultural history, there was a lot of sadness and sense of loss in this study. One particularly disturbing gap is the lack of record regarding First Peoples and this area.

The Prospect Park which marks the epicenter of this lived history project is particularly complex. What I was able to establish from historical record is that Luna Lake and Prospect Park were widely used as hunting lands by at least three tribes (bands) simultaneously. The area was plentiful with game and water, having been documented as “Swamp land,” on a platt map.

However, this area, bordered to the East by International Water Way and the Port of Detroit, to the immediate North East by the powerful Huron River, and the South by Ohio settlers and bands of people migrations from East to West, was lively and multi-cultural from the get-go. European influence came from the British and French wars, military history, fur traders and trappers from French-Canada and so on. Consider all the impact of this past, and then add “Great Migrations” of African Americans. Families travelled northward following the Emancipation Proclamation, and continued to seek better employment opportunities in through mid Twentieth century. The progressive manufacturing activities of Edsel Ford are intricately tied to Ypsilanti history. Ford used the river extensively, and hydrology and automotive history play a big part in the industrial development of the area. Additionally, Ford designated housing for factory workers, and the connections between Detroit families and Ypsilanti are hinted at in my poem, “Boys in Dress Uniform.” (DM if you’d like to read a draft.)

Of particular note, burying grounds have an important function in cultural life for all people, and land cultivation as well. In the past, Prospect Park was a burying ground for cholera victims, though these remains were exhumed (presumably respectfully?- one hopes) in 1892 as a activist efforts by local women were undertaken to “improve” the area.

Facing these complexities, during one 15-week semester, which was disrupted by COVID, was a daunting task. I imagine the possibilities of undocumented land use, in January 2020 I began a poetry series inspired by the place where I live. Most of these poems are set in the time period between 1890s-1930’s, and I have wondered how valid Deep Time Listening, combined with sociological and biological factual points of reference and poetic prompts are as literary inquiry.

How important is imagination, interrogations of place, and an examination of built structure in terms of interpreting history? Was I totally off-the-wall in my practice, which like most other points of inquiry, is multi-modal?

How does investigative traditional research, books, scouring newspaper accounts and making detailed examination of photographs, drawing, cartoons, etc. interface with the lived body? I’ve long been fascinated by oral history, especially given its mainstay as a feminist mode of inquiry.

How do conversations, news accounts, and found items play out with the experience of living in a historic neighborhood?

I floated a few questions about the research process I used during LIT 592 to Matt, during our interview. One gem from his response below:

“I do nothing but walk around and imagine what things could have been like. You have an informed understanding of the past, but you must use your imagination. All history requires imagination, in one sense or another.”

This position was reassuring to me. As a white LGBTQ+ woman, living with hidden disabilities, ethics and anti-racism are an on-going concern in my research and life. I’d been juggling historic papers, from City and Michigan State University sources, contemporary pro-Black farming studies (notably Ms. Dorceta Taylor’s comprehensive reportage on African-American farmers in Michigan and nationwide, published in March 2018) with observational study, perusing platt maps, vintage photographs, and the like.

Balancing historical traditional research, primary research and the emergent “Deep Time Listening” made for a heady stew. In order to compose my paper and create aspects of my conjoined hyper-media project, “Meet Me at the River”  I required a professional historian’s point of view. It is and was imperative to me, that the research be as immaculate as possible.

Visit Matt’s impressive website, which documents African-American families, neighborhoods and life-styles here. The feature image, at top, is a photo from the website, and marks an intersection of major historical import in South Ypsilanti. Similarly, the second image, a candid of Matt, shows him standing in front of a former theatre, on Michigan Ave. where Frederick Douglass spoke twice.

To contact Matt and book a place on one of his tours, or inquire about other programming, send him a note through his website. I personally hope to go on a walking tour with Matt soon, and will be sure to share a bit about it this summer.